In Poland it takes place for the second time, on  17-23 October 2016, and Pathways will be the co-organiser of the events related to it. 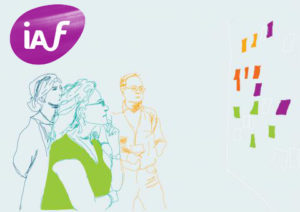 PATHWAYS – WHO ARE WE?

We are a consulting and training company with more than ten years of experience. From the beginning, we have been faithful to the idea to inspire people and organisations to become accountable for themselves, the business and their own growth.

We support our clients in multidimensional development and deep changes, using the position of an expert in consulting and training solutions.

In our work, apart from the knowledge and skills, we are guided by values that are important and permanent for us - authenticity, involvement and joy of life; we treat all of these as the path to common success.

SCHOOL OF FACILITATION in cooperation with the employees of the Institute of Applied Psychology at the Jagiellonian University is a course that certifies the graduates to perform the role of a facilitator, during which we teach practical facilitations skills.

Facilitation is a tool used during the search for a solution to a problem through team negotiations, before the parties to the conflict come to a deadlock. It is a set of skills for managing meetings, which may be used by anyone to improve effectiveness.

A facilitator supports the team in the process of learning, creative problem solving, decision making, planning, management and leadership.